Kiss Me Deadly (With Your Vintage Taco Breath) – Taco Lita 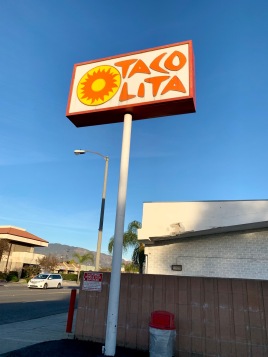 Let’s be real – most vintage restaurants have like 65% vintageness left in their décor. And I not shitting on them for this – I appreciate the updates because stuff breaks or gets grody or they have to make things ADA compliant or whatever. I can only think of a few places that are still 90 – 100% vintage (Musso & Frank, Tam’ o Shanter, Nick’s Cafe, etc…)

I was blown away at how original everything was. So original IT HAD SHIT I’VE NEVER SEEN BEFORE! Like these bench table things (Benchables®) I didn’t mind them because I was able to prop up my leg under it, but they do make eating over the table a little difficult. They also had these super cool 60s bucket chairs, but how are you supposed to eat comfortably in those? Well, I guess it’s possible, since customers have been doing it since 1967.

Including the food. I ordered a hard shell taco and a bean and cheese burrito and they were good. The taco had that hot-meat-cold-cheese thing that I like and the beans tasted like homecooked beans. I remember when I was looking at the menu and I noticed that you could buy taco shells. Just plain ol’

hard taco shells. I thought that was a little odd, mainly because I’ve never seen that on a menu before. But after tasting them, I have to say now I understand the purchasing power of the Taco Lita hard taco shells. It’s your basic 1960s Southern California taco stand tacos, but they were pretty tasty and I would definitely go back.

I noticed that they had their own branded hot sauce packets and I really liked that they were larger in size than normal hot sauce packets. Normally I go through two packets (at least) per item, but the girthy Taco Lita packet lasted me through my entire taco. Interestingly enough (or lame enough, in my opinion), there was some Taco Lita hot sauce DRAMA going on shortly before my visit. They had run out of packets due to a manufacturing mistake and supposedly people were PISSED. Baby Boomers were quoted in articles about how their precious childhood memories were RUINED because Taco Lita didn’t have any hot sauce packets.

It was a hot mess (pun fully intended.) But luckily for us, they got their hot sauce packets, I got my taco moist, and it was win-win for everyone (except for the Baby Boomers.) I will say, the Taco Lita hot sauce was pretty good – it reminded me of that sauce they would serve with “Strips” at the beach snack bar. Shit…look at me, getting all Boomer with my precious childhood memories of eating “Strips” at the beach. But like the taco shells, hot sauce packets are also available for purchase at Taco Lita. 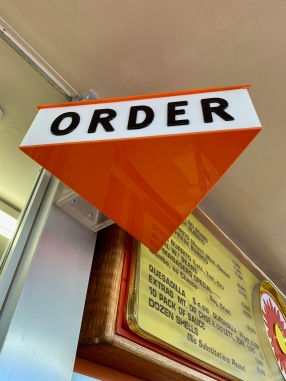 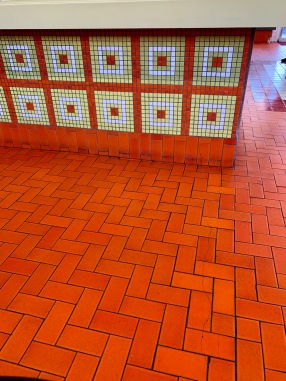 From what I know, Taco Lita was somewhat a chain with locations in La Habra, Pomona, Ontario, West Covina, and recently closed Upland. This Arcadia location is the only one left, so I highly suggest making your way there to check it out before it’s gone. And FYI – the bathroom is haunted.

(Scroll down for more Taco Lita history, including a link about the bathroom ghost)

I give Taco Lita four butter pats (out of five) 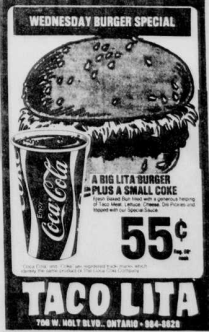 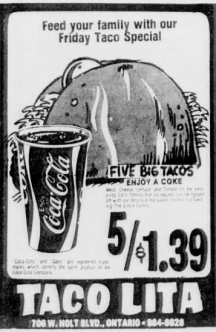