I’m apologizing in advance: I’m getting an endoscopy later today (the day I’m writing this), so I’m hangry and thirsty and it may effect my attitude while writing this weeks review. Hopefully in a good way, because we all know my writing and opinion is shit.

Good thing I’m not getting a colonoscopy.

And once again, if you would like to read any of these articles, please visit trouserpress.com

I was going to listen to Candy-O while working on this post, but I didn’t want to be reminded that I can’t eat until after the procedure.

And we have Bram Tchaikovsky for the inside cover front advert this month. I listened to this album – it was okay. Definitely better than some of the other albums I’ve listened to lately (I’m talking to you Fabulous Poodles). Since I’ve started reading and reviewing these magazines, I’ve been trying to listen to as many albums as I can after reading about them because I’m always on the lookout for a new old album I haven’t heard before. And you would think it would work out great, because the majority of my favorite bands/albums/music-styles are from this period. But goddamn – I’ve listened to some boring-ass shit that all sounds the same. I would be pissed as a music consumer and record buyer back then after spending my hard-earned money on an album to find out it sounded like the last ten albums I bought.

Ooooh! Here’s something exciting – John and Yoko crawled out from behind their rock and decided to speak to the public and their fans.

Via an ad in the LA and NY Times.

But because I’m a dork with a newspapers.com subscription, I went ahead and found their full-page ad for you.

Lots of interesting tidbits in the “Fax ‘n’ Rumours” section of the magazine this month. Fun fact: Dynasty has one of my favorite KISS songs on it and it’s not “I Was Made for Loving You”. Can you guess what it is?

So wait a minute…..we can either have Graham Parker and the Rumour or the Rumour without Graham Parker? This really is a Free Subscriber Album Thunderdome this month. Although I like “Local Girls” (who doesn’t?), Wave does have my favorite Patti Smith song and it’s produced by Todd Rundgren, and we ALL know how much I like albums produced by Todd Rundgren.

Assorted letters from the letter section. I did laugh at the “Buddy Holly and the Crickets Live at Budokan” joke 🙂

This is one of those situations where I wish I could go back in time and tell them, “Dude, believe me – BE HAPPY THAT GARY LEFT THE BAND!”

Why does The Ox always look like Pete’s evil twin?

Here’s a side note (because this ad just reminded me of it):

When you listen to songs on the Spotify app, sometimes it shows a little video while the song is playing. Whomever did the one of Nick Lowe’s “Jesus of Cool/Pure Pop for Now People” album is brilliant, because it rotates all six photos of him from the album cover.

I even made it into a GIF! You’re welcome.

I do dig Emo Charles Nelson Reilly on the left though.

And here’s yet ANOTHER article about Akron, Ohio bands that hate Devo.

Yeah I’d be pissed too if I looked like the Akron version of Jeremy Piven.

Don’t get me started on Akron Mick Ronson and Akron Dee Dee Ramone.

Once again, if you’d like to read the entire article, please visit trouserpress.com

Yay! Another mention of the Temple City Kazoo Orchestra! But I don’t think that Plate Full of Kazoos album was ever released, because I’ve NEVER seen it or heard of it until now. But if you have it or can vouch for it’s existence, please let me know.

I actually like Duty Now for the Future better than Are We Not Men? I’m really curious to see what they think about the next three Devo albums, but I’ll be good and not read ahead.

And now here’s the most truthful record review of all time:

Goldmine is still around, right?

So that’s it for the August 1979 issue of Trouser Press. I’m curious to see what the Fall brings us with the September issue. Not the band, The Fall, but you know what I mean.

Wish me luck on my endoscopy! I’ll need to be in tip-top shape to stomach all of the upcoming Devo hate and to digest all of The Who ass-kissing.

See you in September! 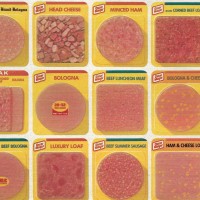 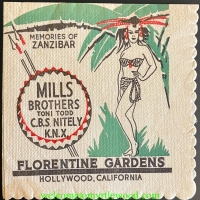 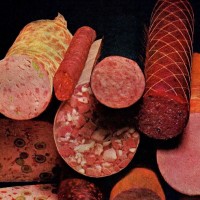